A senior US general has said that countries like Russia and China are actively building weapons that can target space-based US military assets like satellites.
“They’ve been building weapons, testing weapons, building weapons to operate from the earth in space, jamming weapons, laser weapons, and they have not kept it secret,” Gen. John Hyten, the head of US Strategic Command, told an audience at the Reagan National Defense Forum in Simi Valley, California.
“They’re building those capabilities to challenge the United States of America, to challenge our allies, and to change the balance of power in the world,” added Hyten, who oversees all US military operations in space. “We cannot allow that to happen.” Russia and China saw how the US military made successful use of satellites during military operations like the 1991 Gulf War and now seek ways to deny the US the ability to use satellites in future conflicts, Hyten said.
One critical space-based asset is satellites that warn US military planners about the launch of enemy missiles. “Every missile that comes off the planet is seen first by one of our overhead missile warning capabilities,” Hyten said, adding that the satellites are “not easy to defend.” 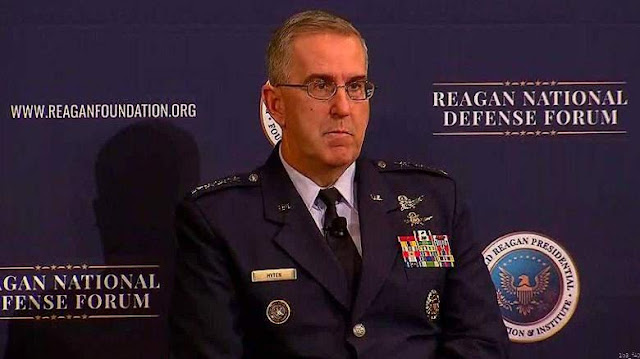