Three leading Venezuelan opposition parties have said they will not take part in December’s municipal elections.
Leaders from the Justice First, Popular Will and Democratic Action say the electoral system is biased.
Julio Borges, the leader of the Justice First party and president of the National Assembly, said the government of Nicolás Maduro had rigged elections in 2013 and earlier this month.
President Maduro insists the Venezuelan system is entirely trustworthy. The deadline for enrolling mayoral candidates for the 10 December vote expired on Monday.
Rather than fight another vote, the opposition coalition “should try to secure reforms to the electoral board,” said Mr Borges. He also criticised Mr Maduro for denying Venezuela a recall referendum last year. 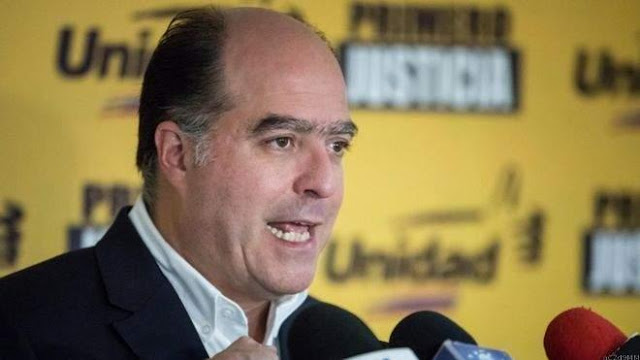