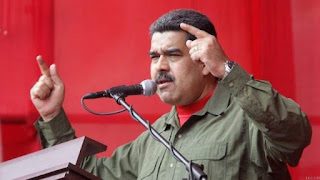 Venezuela is set to raise its minimum wage by 40%, in a move expected to worsen already high levels of inflation. The country is suffering from an economic crisis in which shortages of food and medicine are common. Venezuela’s economy has been hit by falling oil revenue and the plummeting value of the Bolivar.

President Nicolas Maduro announced the wage increase in his end-of-year address. He said the move would “protect workers” from what he called an economic war on the socialist nation by the United States and others.

Earlier this year, the US imposed sanctions on President Maduro, labelling him “a dictator who disregards the will of the Venezuelan people”. The year has been marred by widespread protests and violence in Venezuela, culminating in the creation of a constituent assembly of Mr Maduro’s supporters.