NASA scientists needed to reorient the 40-year-old Voyager 1 — the space agency’s farthest spacecraft — so its antenna would point toward Earth, 13 billion miles away. But the “attitude control thrusters,” the first option to make the spacecraft turn in space, have been wearing out.
So NASA searched for a Plan B, eventually deciding to try using four “trajectory correction manoeuvre” (TCM) thrusters, located on the back side of Voyager 1. But those thrusters had not been used in 37 years. NASA wasn’t sure they’d work.
Tuesday, engineers fired up the thrusters and waited eagerly to find out whether the plan was successful. They got their answer 19 hours and 35 minutes later, the time it took for the results to reach Earth: The set of four thrusters worked perfectly. The spacecraft turned and the mood at NASA shifted to jubilation.
“With these thrusters that are still functional after 37 years without use, we will be able to extend the life of the Voyager 1 spacecraft by two to three years,” said Suzanne Dodd, project manager for Voyager at the Jet Propulsion Laboratory. 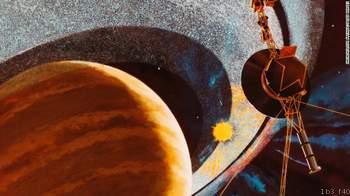