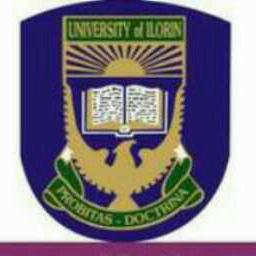 Mr Afolayan Kazeem, popularly known as Halogen, ventilates his views, among others, on the 7,944 copies of souvenirs that can’t be accounted for by the Eminent administration, in this concluding series of his exclusive interview with UCJ, UNILORIN.
————————————————————
UCJ: Have you heard from the contractor directly to know if he actually supplied the required number of souvenirs as agreed?
Halogen: Well, I haven’t even called him at all. May be I will try and call him and whatever…the thing is…the reason this is coming out is because of the purported payment that is supposed to be given to Eminent by the contractor. So, as a result of his ways towards the contactor then…because the contractor didn’t finish the project at the agreed time. So, he (Eminent) was threatening the contractor. He even told me to go and speak with the contractor then. But how can I speak with the contractor when I didn’t even know what transpired between both of them?
So, I told him I’ve heard but I did not take any action. So, it was after the last payment was made that he asked for his own share, which I don’t know(sic). So, that was what happened and…well…it’s left for everybody to believe and it’s left for anybody not to believe. But it is quite obvious…even the case of Dr Afolayan in Geography, that Eminent recorded and…till today, Eminent is denying that it is not his voice.
UCJ: So, are you saying categorically that you do not have any knowledge of the quantity of souvenir as at the time those deliveries were made?
Halogen: I don’t have any idea of anything. I was just following the presidential order. That is final!
UCJ: What message do you have to ‘Unilorites’ as regards the state of the souvenir contract during your tenure?
Halogen: Well, I will urge them that whenever…my message is going directly to the incumbent Student Union Welfare Secretary, that whenever something is being linked to the Student Union property, it is supposed t be done…specifically, all souvenirs, all packages by the Student Union is supposed to be overseen by the Student Union Welfare Secretary. What happened during my time was because of convention. So, we should always make sure that we take away convention from all the…ermm…the something (sic).
And then, in order not to extort any graduate that is graduating from the University of Ilorin(sic)…from the university…, no muffler, no muffler must be made! Because they don’t even need it. A muffler that was produced with a sum of #300 worth…a sum of #1,100 was collected for it. And we are all clamouring for a better Nigeria. Youths of Nigeria! Someone leaving a post, and he’s even richer than the Student Union itself.
As I speak to you, the Student Union cannot boast of #400,000 in their account, and the past Student Union President had 4 million given to him as his proceeds from a contract. So, what are we saying?
UCJ: So, from your own point of view, the souvenir contract is strictly between Eminent and the contractor?
Halogen: Yes.
UCJ: And all that you’ve said are in the knowledge of your former colleagues in the Central Executive Council?
Halogen: Yes. They already know everything I’m saying because I’ve already told them before.
UCJ: But Mario said the deal was strictly among the three of you?
Halogen: Yes. It’s because of my constitutional duty, that is why she’s saying that. Because she has to protect her own image already. So, that’s why.
UCJ: Thank you very much for obliging us. We’d get back to you if we need more information.
Halogen: You’re welcome.

OSUJI, Chima Francis
UCJ, UNILORIN.
This publication is a copyright of the Union of Campus Journalists, University of Ilorin Chapter. All rights reserved.