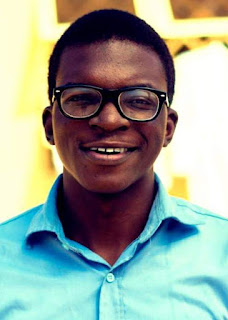 President of the Students’ Union, Animashaun Emmanuel has on Saturday, 3rd November, 2018 in a press briefing with the UCJ stated that the Student Union is averse to the hike of the tuition fee by the University management.

It however as a matter of importance, maintained that the students must ensure decorum as the Union is doing its best to tackle the issue.
“As we speak, I have scheduled a meeting of all faculty presidents which will hold the moment I leave here, we want to know the extent of the impact of the hike on each faculty” He said.
He also noted sternly that the students must not resort to violence in solving this issue,
“I have not asked the students to protest, I have only asked them not to pay the fees”.
About the fee payment, he said: “The reason the fight for the hike of the convocation fee failed was that some people had already paid which made it hard to argue it out with the management as refunding them is an onerous task, to this end I urge students not to pay so that we can return normalcy to the fees”
He enthused further, saying “Personally, I know my parents would be disturbed if the hike persists, I am also a student remember? it means I have to fight for the students too, I owe a duty to my conscience, If we do not restore normalcy to the fees ,my conscience will not let me rest”.
The outcomes of the deliberations he noted will be made public as swift as possible, he concluded by urging the students to avoid pressing the panic button by resorting to unruly measures to express their displeasure.