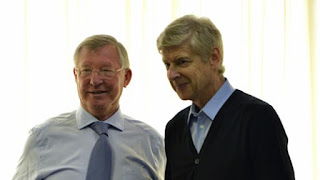 Wenger is widely seen as the last of a dying breed, having managed the Gunners for more than 20 years, into an era that has seen sackings become much more commonplace.

“I applaud Arsene on surpassing my record of managing 810 Premier League games,” Ferguson said via the League Managers’ Association.

“It is a fantastic milestone which has required the highest standards of dedication and professional management to achieve. I doubt his record, whatever it turns out to be, will ever be beaten.

“Congratulations on a truly remarkable career and great service to football and Arsenal FC.”