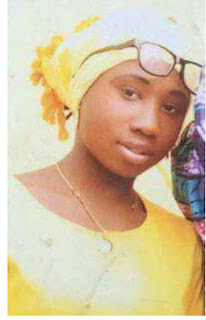 The Federal Government, yesterday reassured, Nigerians that it was doing its best to ensure safe release of Leah Sharibu, the only one of the kidnapped Dapchi schoolgirls who remained in captivity.

Minister of Information and Culture, Alhaji Lai Mohammed, gave the reassurance at the 100 years celebration of St. Andrews Catholic Church, Oro, his home town near Ilorin in Kwara State.

Speaking to journalists after the centenary anniversary thanksgiving mass, the minister said Leah, abducted by Boko Haram, is dear to the government.

“Nigerians should appreciate that any of our citizens, either boy or girl, Moslem or Christian is dear to us. We do not look at Leah Sharibu either as Christian or Moslem, but as a precious daughter of the country. We are doing our best to ensure her safe release and be reunited with her family,” he said.

The minister also reiterated that government efforts at containing the Boko Haram insurgency were working and they are winning the war against the group.

He said what was being witnessed were cowardly attacks on soft targets by the insurgents which were also being tackled.

On the centenary celebration, the minister said 100 years in the life of a church is historic and significant. Mr Mohammed, a Muslim from Oro, said the anniversary was beyond the centenary, but a celebration of peaceful coexistence of Christianity and Islam in the town.

The Catholic Bishop of Ilorin Diocese, Ayo-Maria Atoyebi, gave gratitude to God for the celebration and described the centenary anniversary as the fruits of the Oro community’s fore fathers who accepted Christ early.

The cleric thanked God for the light of the Gospel, which he said had dispelled all darkness from the town.

Chairman of the Centenery Anniversary Planning Committee, John Aransiola, said it was a special day in the history of Oro community