Two white farmers in South Africa who forced a black man into a coffin have been sentenced to jail for more than 10 years each.
Theo Martins Jackson and Willem Oosthuizen were convicted in August for attempted murder and kidnapping.
They accused Victor Mlotshwa of trespassing on their land, beat him up, made him get into a coffin and threatened to burn him alive.
Jackson, 30, will be jailed for 14 years and Oosthuizen, 29, for 11 years. Part of their sentence is also for assaulting the only witness in an attempt to stop him from testifying. 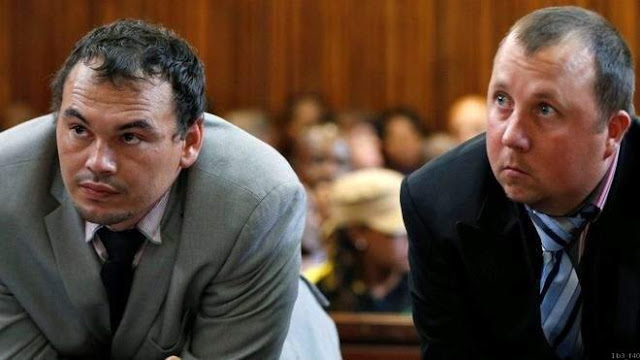