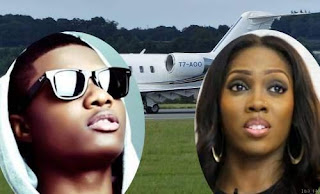 The Bombardier Challenger 605 jet with registration number T7-A00 arrived Lagos from Uyo about 8:33 pm and was slowly taxiing to the arrival hangar when the cargo compartment was burgled.

The jet slowed to allow an Ethiopian Airline cargo plane with registration number ET-ARH to push back for take off.

The pilot, Captain Cloud Cote noticed the cargo door had been opened by burglars and promptly notified Federal Airports Authority of Nigeria (FAAN) security, but the burglars had disappeared before FAAN officials could make it to the point where the attack took place.