After enjoying one of the most storied careers in Spanish football history, Xabi Alonso has eased into retirement, his time with Real Madrid marked an incredible era of Clasico’s and the former midfielder recalls Jose Mourinho’s plan to stop Lionel Messi.
Alonso was on the opposite side of the fence to Pep Guardiola for so long, that when the Spanish coach signed him for Bayern Munich, many were left stunned.
“Messi has done a lot of damage to me, me, Mourinho and Sergio Ramos talked about him a lot,” he explained in an interview with Ecos del Balne.
“We only started to control Messi when I was marking him.
“We sacrificed positions for me to mark him, but once we controlled Messi the matches were even.”
Despite the intense rivalry between the two teams at the time, there is a sense that each made the other better, a notion that the former Liverpool midfielder subscribes to.
“The famous 5-0 made us change a lot of things,” he admitted.
“At that time we weren’t ready to compete, a year later we were.
“Barcelona were dominant, but by the end of 2011 we knew we could strike against anybody in four moves.” 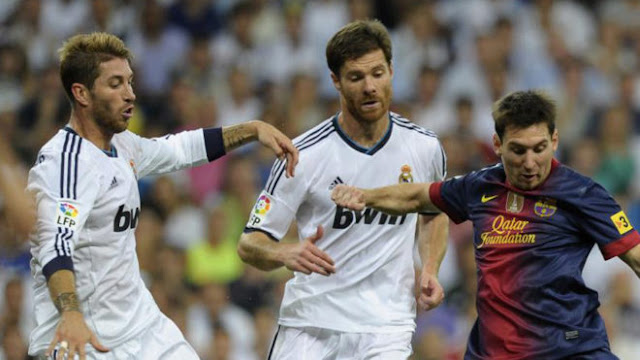