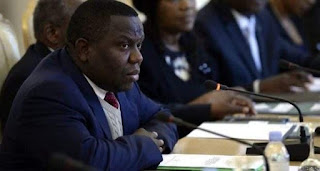 Zambia’s foreign minister has announced his resignation in a scathing Facebook post, denouncing the country’s “path of insatiable greed and shame”.

Henry Kalaba said his decision was prompted by the “swelling” levels of corruption “perpetrated by those who are expected to be the solution”. Analysts suspect the move is an attempt to pressure President Edgar Lungu, who is considering seeking a third term.

There is currently a two-term limit in the Zambian constitution. Mr Lungu, who has been accused of being increasingly authoritarian by his critics, is arguing in the courts that he could stand for a third term, as he only served part of his first term following the death of his predecessor, Michael Sata.

Mr Kalaba, an MP for the governing Patriotic Front (PF), is said to be a possible candidate for the 2021 presidential election, should Mr Lungu step aside, Reuters news agency reports.